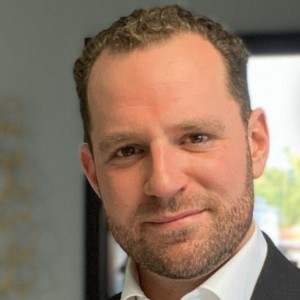 Why is Florida so dangerous for motorcyclists?

We aren’t exactly sure but some believe that Florida’s sunny weather is at play. With warmer temperatures and more than average sunny days, motorcycle riders spend more time on the road enjoying their bikes. Other factors specifically related to increased motorcycle deaths include helmet use, alcohol and drugs, and level of training.

That said, most accidents are not caused by motorcycles! Statistics reveal that roughly 60% of motorcycle accidents resulting death involved multiple vehicles while roughly 40% of accidents involved the motorcycle alone. Interestingly, in Florida, 90% of all motorcycle fatalities are male and most are middle-aged.

The importance of motorcycle insurance

If you have been involved in a motorcycle accident in South Florida, the last thing you want to hear is that there is no insurance to cover your injuries or to fix your bike. Many car insurance policies that provide personal injury protection benefits and uninsured motorist coverage have motorcycle exclusions. BEFORE you ride, you want to make sure you are covered for injuries and damage to your bike. Don’t assume you are covered simply because you have car insurance. If you are shopping coverages, make sure to ask for PIP and UM/UIM coverages.

Motorcycle accident injuries are often severe and require immediate medical attention. Even if you are able to walk away from the accident, you may still suffer from permanent soft-tissue injuries which will plague you for the rest of your life. Your first and primary concern is to get checked out at a medical facility such as a hospital or urgent care.

Your next concern should be consulting with a motorcycle accident attorney who will begin building your case from day one. [Read: Is Your Lawyer Too Slow?] After a car versus motorcycle accident, it is common for insurance companies to dispute liability and point the finger at the motorcycle rider. For example, drivers who have struck a motorcycle can be reluctant to admit that they didn’t look for motorcycles before changing lanes. Instead, they will say that the motorcycle was speeding at the time of the accident. [Read: This is what may be slowing down your case].

The fact patterns are different in each case but drivers’ intention to shift blame to the motorcycle is prevalent. It is important that you hire a motorcycle accident lawyer who will not waste time gathering critical evidence at the beginning of your case to help prove that you were not at fault for causing the accident. [Read: The 5 Tips to Hiring the Best Personal Injury Attorney for Your Case].

Matthew Waring is a personal injury attorney based in Deerfield Beach, Florida who handles cases with a sense of urgency. At Waring Law, your time as well as your physical and financial recovery matters. [Read: Join the Fight Against Delay]. If you or someone you know has been involved in a motorcycle accident and you would like to consult with a lawyer – not a paralegal or case manager – today, call or text Matthew Waring at (954)-388-0646.

Hit and Run Accident: Do You Still Have an Injury Case in Florida?

Injured by a Defective Product